Nema23 vs Nema17 Stepper Motor for the engineering challenged

My wife and I have started designing a CNC/3D printer hybrid. I over engineered some structural designs so now my YZ assembly is a bit weighty (to say the least). dual 20mm linear shatfs with pillow blocks...I failed to look into the weight per meter before buying eye rolling smiley. 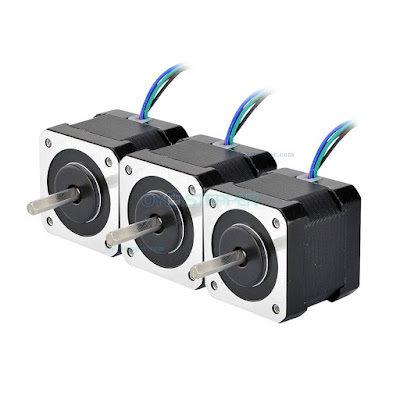 I also like the looks, and thought that has gone into the design of the PrintrBoard.

Can anyone with more experience and or knowledge shed some light here. Am I over thinking this as well?
I have listed some assumptions I am working with and would appreciate any input what-so-ever. (even if it's a "You idiot, read this!" winking smiley )

1) I haven't seen many mixed motor builds discussed, and am assuming that is due to limitations in regulating power supplies in order to deliver the different current/voltage profiles for the different motors.

2) And I suspect that if I am correct in #1 then this is even more of an issue when using a unified controller/driver board like the PrintrBoard.

3) Also I haven't been able to find any documentation on the PrintrBoard, or Polulo as to whether or not you can drive Nema 23's with them without burning them up (Polulo specifically mentions using Nema 17's but not that it is a requirement/limitation).

4) I do know that Simply stating Nema23 and/or Nema 17 is not enough of a consideration, as these numbers are more a designation of footprint than power needs, however what specs do I need to be most concerned with when I am trying to source these, especially if I am looking at trying to mix them in a build?