It's no secret that severe vibration can destroy bearings, ruin shafts and potentially disrupt production. What's less well known is that resonant machine components and supporting structures can magnify even small vibration problems enough to damage connected equipment or cause catastrophic machine failure. To solve a vibration issue quickly and avoid such undesirable outcomes, an important first step is to determine if the source of the increased vibration is resonance in the rotating equipment or in a supporting structure. 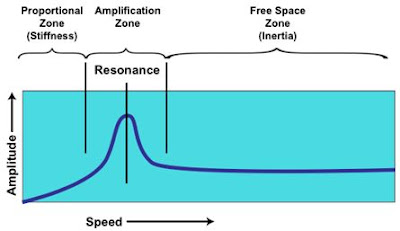 Structural resonance: Structural resonance refers to excessive vibrations of non-rotating components, usually machine parts or supporting structures. Due to the complexity of these components, it is the more common resonant condition and usually occurs at or near the rotating speed of the machine. Even slight vibratory forces from residual unbalance and misalignment effects of the machine can excite the resonant base structure, resulting in severe vibration.

Rotor critical speed: A hybrid step motor critical speed exists when a machine's rotating element is the resonant component and its speed matches the natural frequency of the rotor. This is common with centrifugal pumps, gas and steam turbines, and large, two-pole electric motors. While the result is similar to structural resonance (high vibration at a certain operating speed), a rotor critical speed is a more complex phenomenon.