A Simple Approach to Driving The Ubiquitous Stepper Motor

Stepper motors for sale are a favorite of designers, engineers, and makers alike, and so can be found almost everywhere there is an electronically controlled system. They’re so popular and useful, in fact, that it’s often easy to forget how they work and to ensure that they are being driven correctly.

The motors themselves are brushless, synchronous DC motors where each 360˚ rotation is divided into a number of equal, discrete steps. The angular rotation of step is determined by the number of “toothed” electromagnets arranged around a central, gear-shaped piece of iron (Figure 1). It is the energization of the magnets, and the ensuing magnetic attraction of the gear-shaped shaft’s teeth, that pulls the shaft around its axis of rotation by. 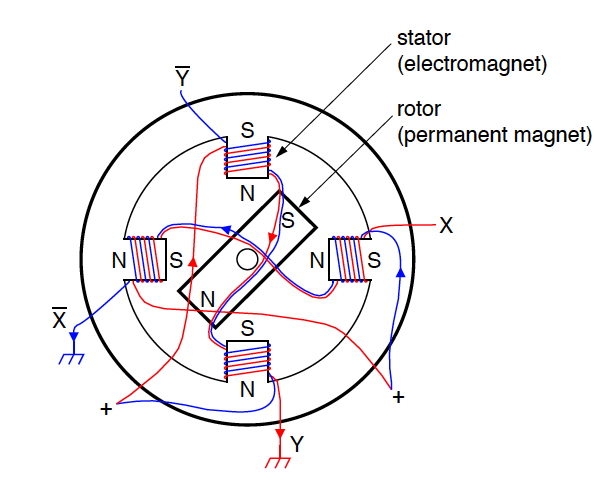 Figure 1: The permanent-magnet rotor is rotated according to the sequencing of the pulses applied to energize the electromagnetic “teeth”. (Image source: NXP)

Control is accomplished using a sequence of square digital pulses, typically from a microcontroller, which are used to intelligently drive the coils. The word “intelligently” is deliberate here: as how the coils are arranged, constructed and driven determines key parameters such as efficiency, accuracy, precision, repeatability, and torque. Each pulse is a discrete step and so the number of pulses and their rate determine the rotation distance and speed.

Some of the interesting, useful and fun characteristics of stepper motors include that fact that once energized, it stays rock steady with full torque until the next pulse; the precision with which they can be controlled, particularly if gearing is used; the fact that they can be reversed quickly by changing pulse polarity, manually or electronically; their fast-stop capability; robustness and reliability; and low cost.

Adding to the cost and simplicity factor is the fact that they are open loop. This means that there is no need for extra sensors or feedback mechanisms to determine the shaft position.